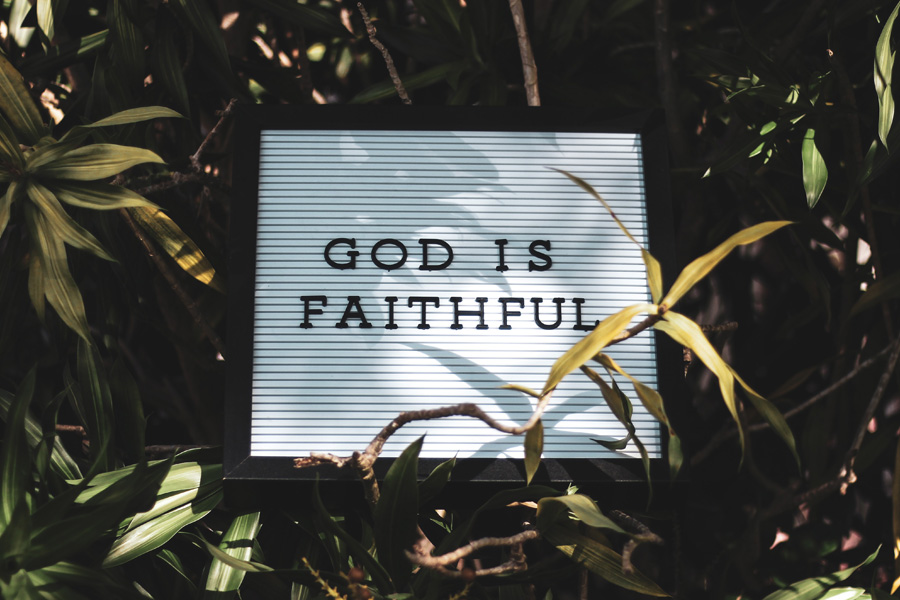 Faith is a secure belief in God and His promises. It involves trust and confidence.

If God makes a promise in His word then faith grabs hold of that word and refuses to let go until the manifestation comes forth in the natural.

“Faith is the confident assurance that what we hope for is going to happen. It is the evidence of things we cannot yet see.” Hebrews 11: 1 NLT

Hebrews 11 is sometimes referred to as the ‘hall of faith.” It contains some amazing stories of the working of God which defy natural reasoning. Consider Abraham who believed God when He promised that He would make his descendants as numerous as the stars in the sky; yet Abraham and his wife were old and beyond natural reproductive age. Human reasoning says their son, Isaac, was an impossibility but with God all things are possible.

Another example of a man of faith was Noah who with-stood ridicule as he followed God’s instructions and built a huge boat on dry ground. There was not a body of water in sight on which it could float.

Hebrews 11:6 NLT, “So, you see it is impossible to please God without faith. Anyone who wants to come to him must believe that there is a God and that he rewards those who sincerely seek him.”

3. Abraham considered not the contradictory circumstances

Faith is the doorway through which God comes to man. God rejoices when we manifest a faith that holds Him to His word. His word is the key to the treasures laid up for those who have named Him as their Lord and Savior through receiving the sacrifice of Jesus’ blood to remove their sins.